Located in the heart of West Hollywood’s iconic Sunset Strip, the 8850 Sunset Project is a dynamic, modern mixed-use space for residents, tourists and entrepreneurs – creating a whole new way of experiencing West Hollywood.

For West Hollywood. For the world.

8850 Sunset Sunset is a new address in one of Southern California’s most desirable destinations – West Hollywood – in one of the city’s most iconic neighborhoods – the Sunset Strip. Home to 26 market rate units and 8 restricted-income units – all with terraces and extraordinary cityscapes – these beautifully appointed homes address the region’s housing demands. They create a sense of community that encourages diversity and an enhanced quality of life.

Every residence at 8850 Sunset Sunset meets or exceeds LEED sustainability standards with a wide range of shared amenities – including an outdoor fitness center, a rooftop pool with panoramic views, and below-ground parking. These amenities, along with 5 options for eating, drinking and entertainment right outside their door, inspire a “greener,” healthier lifestyle.

8850 Sunset creates an exciting gathering place that not only reinvigorates the block, but the entire Sunset Strip. 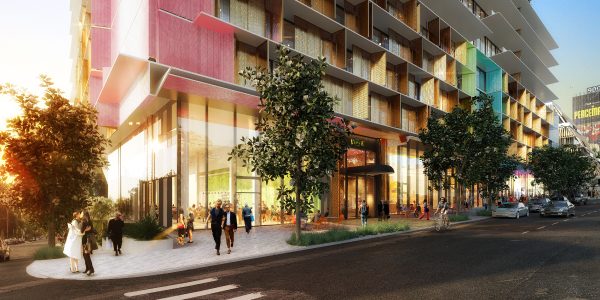 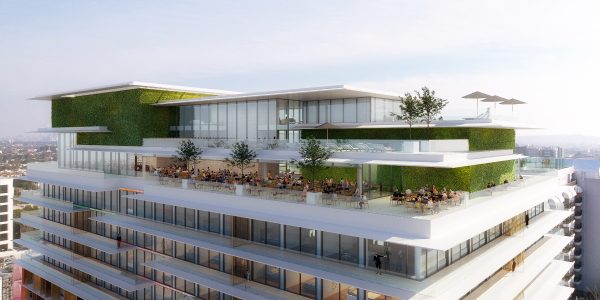 Rooftop dining with epic views: At the hotel’s rooftop, a restaurant and bar with panoramic views from Downtown Los Angeles to the Pacific Ocean feature world-class cuisine and a curated bar program. 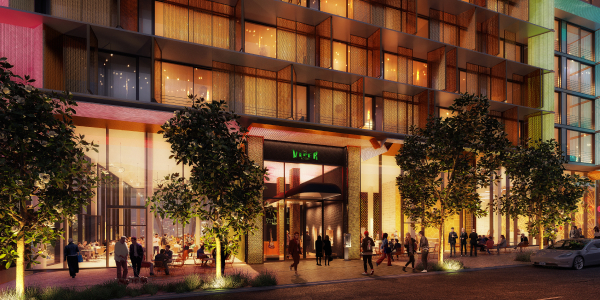 The Viper Room: 8850 Sunset makes possible the rebirth of this iconic music venue, preserving it for generations to come. 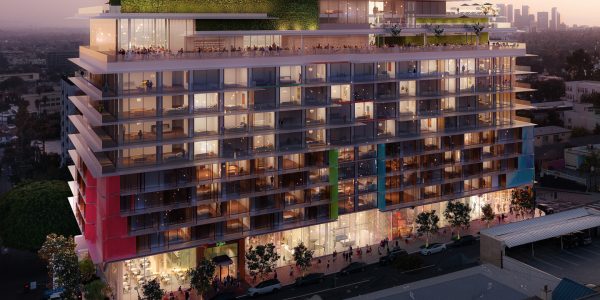 The Strip’s Most Unique Conference and Event Space: Whether for a family celebration, local community meeting or a international conference, this 3,000 square foot adaptive space offers a new level of connection, technology and utility to gatherings of any size.

The legendary Viper Room has long been an anchor for the Sunset Strip’s renowned music scene – a place where up and coming bands are discovered and those who are famous play. The Strip wouldn’t be the same without this important West Hollywood landmark, and 8850 Sunset brings the Viper Room back with an exciting new design that honors its past and looks towards its future.

For a Staycation or a Destination Vacation.

West Hollywood’s first and only five star hotel will bring elegance and world-class luxury to the Sunset Strip. Steps away from world famous bars, restaurants, nightclubs, galleries and clothing boutiques, the hotel reactivates the pedestrian-oriented culture of the neighborhood.

Designed for
the Future.

Designed by the award-winning, internationally acclaimed architectural firm, Arquitectonica, 8850 Sunset brings elements of the new urbanism movement. Its low-slung proportions define this important block of Sunset Boulevard. Cars are deemphasized and pedestrians are prioritized along Sunset. So are outdoor terraces that extend forward of the restaurants and cafes with the intent of the broad sidewalk being a lively place of encounter. The building defines its block and activates the sidewalks with activity and history.

With offices in Miami, Los Angeles, New York, Paris, Hong Kong, Shanghai, Manila, Lima and Sao Paulo, Arquitectonica is a major presence on the international stage. From its inception in 1977, Arquitectonica has received almost instant attention and acclaim from critics and the public alike, due to a bold modernism that was immediately identified with a renaissance in Miami’s urban landscape.

Arquitectonica continues to push the limits of design with its innovative use of materials, geometry, pattern and color to introduce a new brand of humanistic modern design to the world. Well-known projects by the firm include the Microsoft Europe Headquarters in Paris, the Bronx Museum and Westin Times Square in
New York, Festival Walk and the Cyberport Technology Campus in Hong Kong. 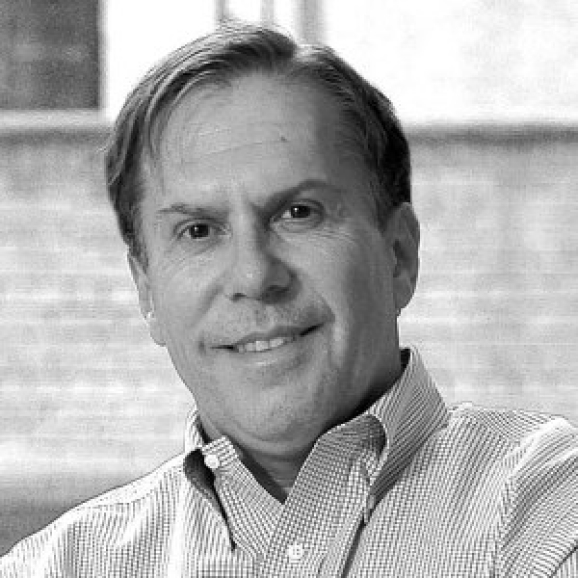 Bernardo Fort-Brescia is a founding principal of Arquitectonica. He studied architecture and urban planning at Princeton University and received a Master of Architecture from Harvard University, where he later taught. In 1977, he founded Arquitectonica with a group of young architects. Bernardo has designed well-known, world class mixed-use public buildings in major cities around the globe.